Once upon a time:

I took up snowboarding. I visited the local mountain, where learned I needed to purchase all gear used on the mountain at their store. I wasn’t allowed to take my gear home or use it anywhere else – it was kept there in a locker for me to use when I visited. I didn’t love that, but the Mountain was fun so I bought only what I needed.

After some time, they did a renovation on the mountain. In doing so I arrived to learn that all my gear was gone and I needed to start over. Wow was I mad.

One day another mountain opened up nearby. It too was inexpensive, and had a store, and a locker to store my gear. But the gear was mine. I could take it home, use it elsewhere, sell it if I wanted. I liked this, and invested much more in my gear.

In fact everyone seemed to like having ownership of their gear. It wasn’t long before someone opened something called eBay, where I was able to buy and sell gear from other riders.

Hopefully this sounds far fetched. In usually is. Yet Gamers have been stuck in this exact scenario for years without realizing it. NFTs present a chance to change this. Their use means game assets now truly belong to the player. They can be used elsewhere and even bought and sold.

Silly Rabbit! NFTs aren’t for jpegs! That is just a proof of concept! NFTs are a proof of PURCHASE. Of OWNERSHIP. A serial number. A receipt. We all know that this has real utility and value.

As an example of scale, consider Fortnite. Fortnite earned $5.4B in revenue in 2021, primarily through the sale of in-game assets. Though players paid for those assets, they do not as of yet retain true ownership of them. They can’t sell them or use them elsewhere. Game assets can even disappear when a new version is released. Attaching those assets to NFTs enables ownership and transferability.

Consider what that could mean. This makes it likely players would spend much MUCH more. Additionally the developer would retain royalties for each transaction, not just an initial purchase. Devs win, players win. In this case, we’re talking one game with over $5B in revenue. Players spend $200 billion USD a year on in-game items they have zero rights to, can never trade. What would happen to that number once players retain ownership and understand the resale economics of their purchases?

That is just one game. What about the rest of the gaming industry? What about other industries for that matter?

An NFT marketplace would act as an eBay far beyond game assets. If an NFT is a proof of purchase or serial number, that means it could potentially be attached to any real world item. A movie. A chair. A car. A house. A stock.

Any item that isn’t a consumable could be a potential use case. You don’t need a serial number on your eggs, but anything you may want to resell could be linked to an NFT. It would provide a layer of trust that proves ownership, especially important when it came time to sell it. It seems almost inevitable that in time manufacturers start generating NFTs for any product that might have a serial number.

This means than an online marketplace that facilitates purchase and delivery is likely to make eBay eventually look like a corner store. If the benefit isn’t yet obvious, look up smart contracts, which simplify complex transactions, like even the sale of a home. For these tricky transactions, smart contracts could render the roles of lawyers, financial institutions, escrow, and even enforcement etc all a relic of the past.

So no NFTs aren’t for jpegs. They are the VIN and pink slip on your car. The title for your house. They modernize the purchase, sale and ownership of ANY asset. They will change the world.

It looks like this is going to start with gaming, but the sky is the limit. I don’t know about you, but I’d be pretty interested in NFT marketplaces in the next few months …

We do Marketing differently at Warblr.
Focusing on the entire User Experience means focus on revenue impact.
Let us show you what we mean.

Keep Learning How to Successfully Market Your Business 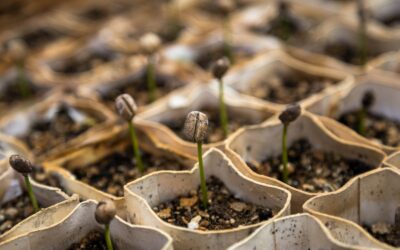 As the new year approaches, it's a natural time for reflection and setting goals for the future. If you own a business, this is a great opportunity to assess your marketing efforts and consider whether it's time to develop or revamp your marketing strategy. A solid... 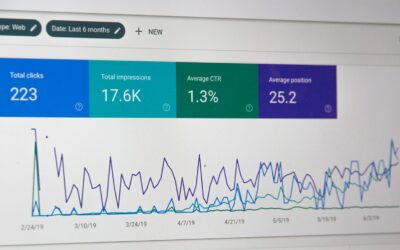 SEO is not just a buzzword. It's the approach you take towards optimizing your website and marketing channels so that they are easier to find by search engines like Google. SEO is an ongoing process, but the more effort you put into it, the better results you'll see... 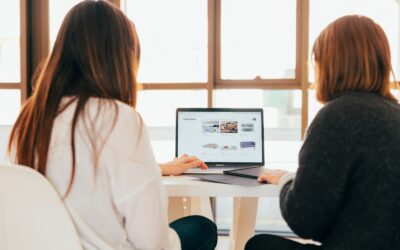 Why Should I Invest in Web Design?

A website is a company’s first impression. If the site is poorly designed and developed, such as cluttered and hard to navigate, potential customers can be turned off before they have even had a chance to see what your company has to offer. It Is Your Best Advertising...